The 75-square-metre hair salon, the first of six RIEDO coiffure’s hair salon franchises, has been totally refurbished in order to maximize space. Located in a small town, close to Bern in Switzerland, it occupies the ground floor of a building.

The client had previously doubled the hair salon’s surface area by connecting it to the adjoining store via a simple door opening but the intermediate wall restricted the fluidity of usage. He commissioned us to redesign the hair salon as a one open-plan space with eight cutting areas, three washing stands, a cash desk and a hidden kitchen-staffroom. No waiting area was requested.

The underlying intention of the replanning was to diverge from the predictable hair salon typology, which typically organizes clients in a row facing a wall.

When demolishing the non-bearing intermediate wall a bare concrete column was left exposed. We chose not to section off the room into separate workstations and instead organized areas around the column. Three of the room’s four walls were completely glazed, and offered a clear view of the street and the mountains.

The new layout revolves around a square-shaped reception desk clad in concrete and suspended to the column in the middle of the salon.

To make the most of the space available, we decided to change the original entrance into a fixed door while using the main access of the ex-adjoining store.

Three bespoke free-standing triangular-shaped mirror units paired with chairs have been arranged at different angles so that customers wouldn’t have to look at one another when having their haircut. This arrangement made it possible to preserve the spatial fluidity of the open plan layout. Inside the salon, the mirrors’ reflection offers views of the street and the mountains beyond.

Recessed ceiling lights were arranged parallel to the angle-shaped furniture, providing focused lighting in the area, while gold suspended lights provide general illumination. Green curtains were draped over the large windows on two walls and were extended beyond them creating a cozy atmosphere.

The left side of the salon accommodates three hair-washing stations. To ensure a level of privacy, slender triangular-shaped metal slats were used to create partial screening. Along the back of the chairs, all shampoo products were placed into rectangular metal nooks.

On the opposite side of the entrance, the equipment was kept hidden within custom-made linear storage with handle-free concrete doors. A LED light panel was used to illuminate and showcase all beauty products on the furniture’s countertop.

The kitchen was designed as an employee service area for prepping materials, with additional cabinetry and a sink. Other than a small staffroom and toilet, the salon functions as one open room. It is spacious enough to allow customers to move around with ease. 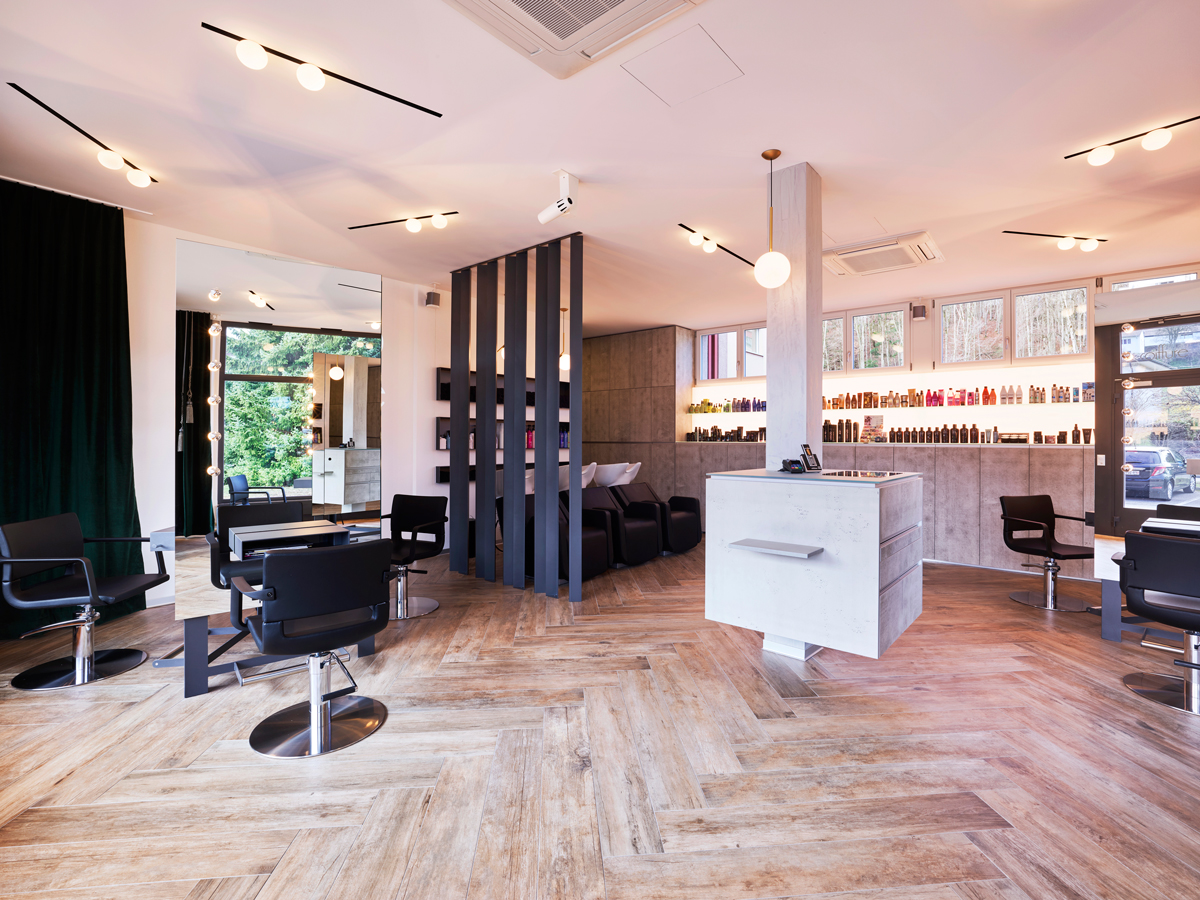 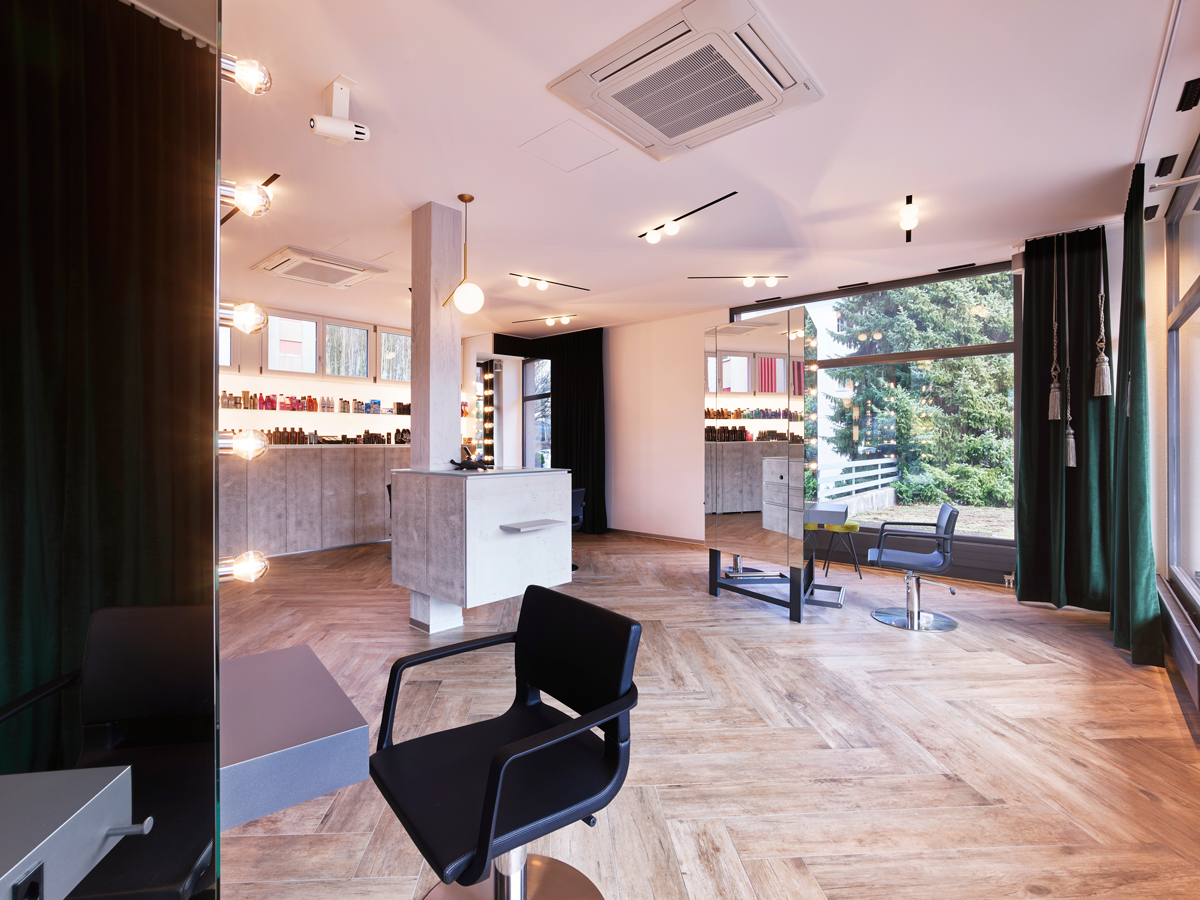 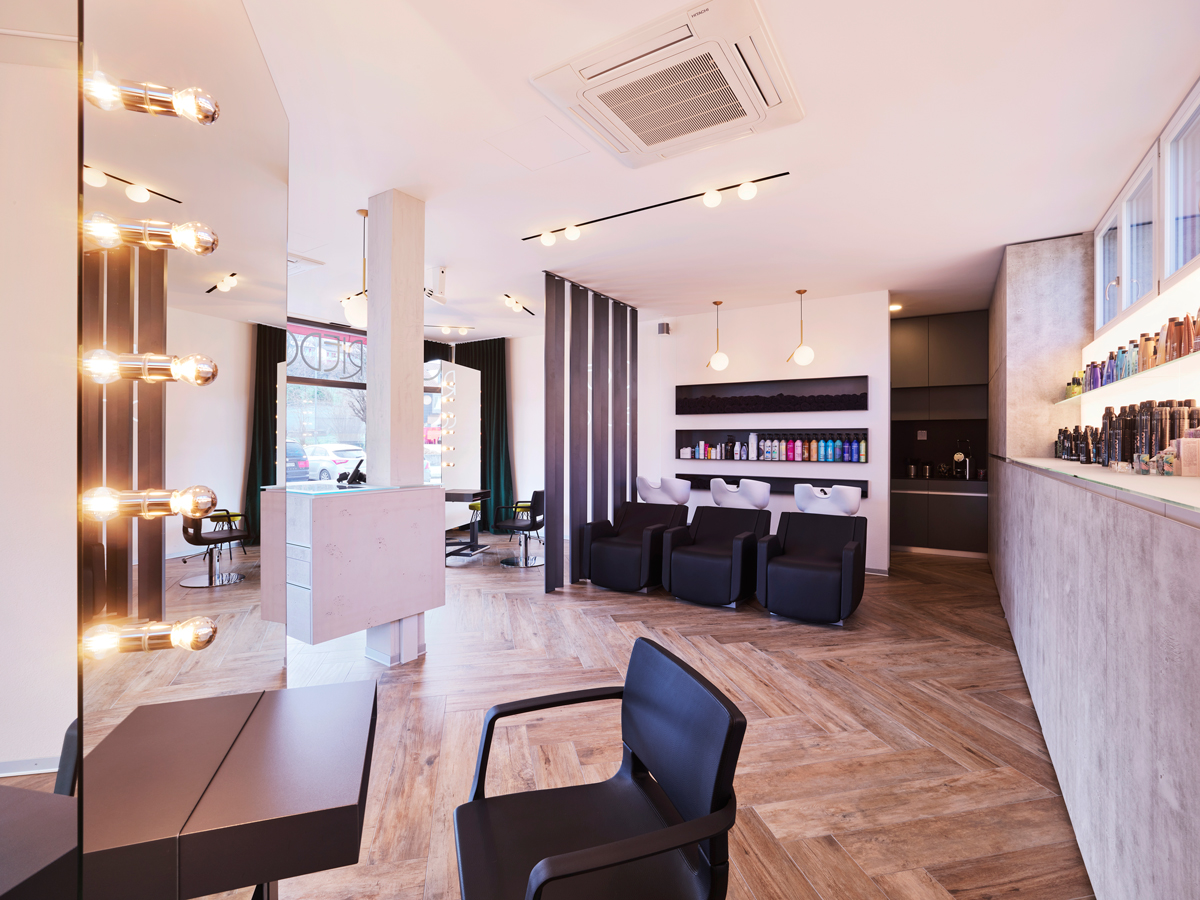 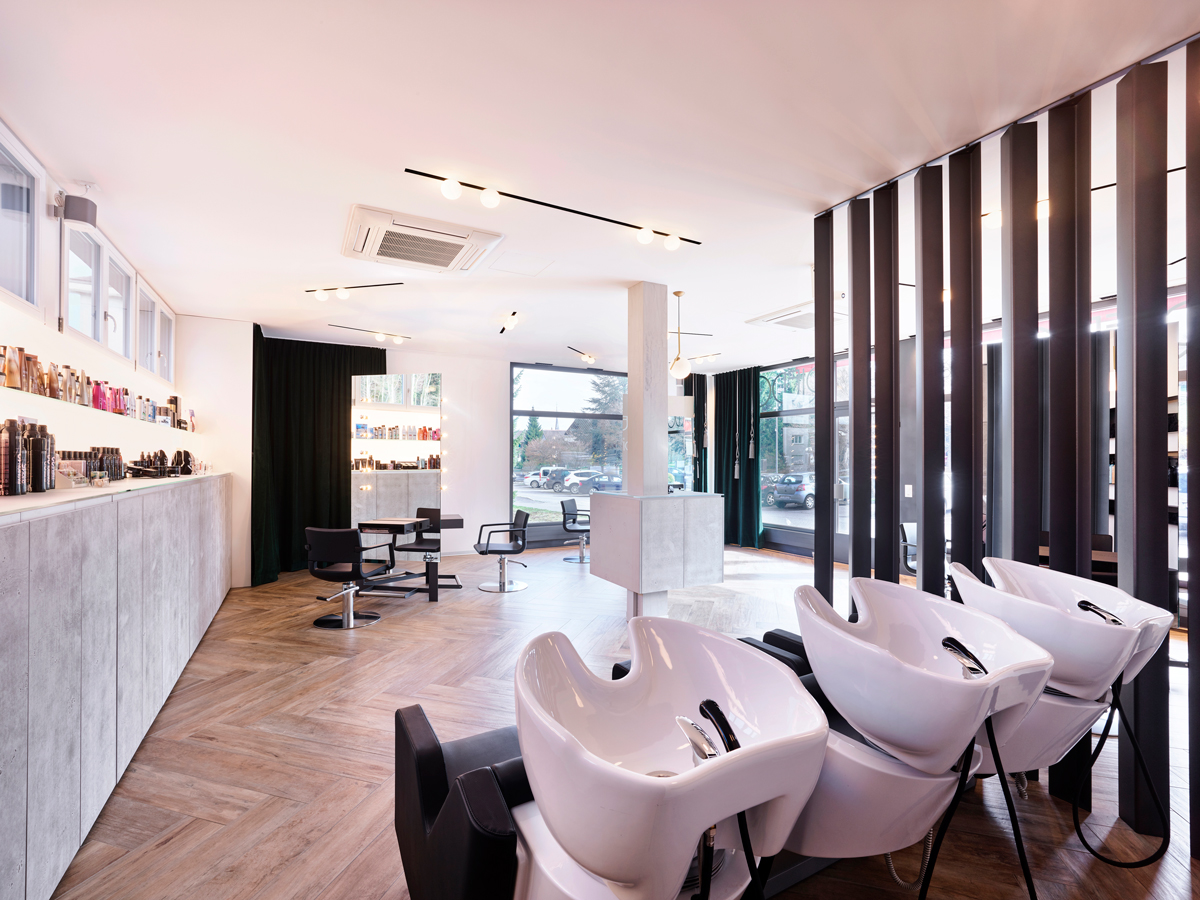 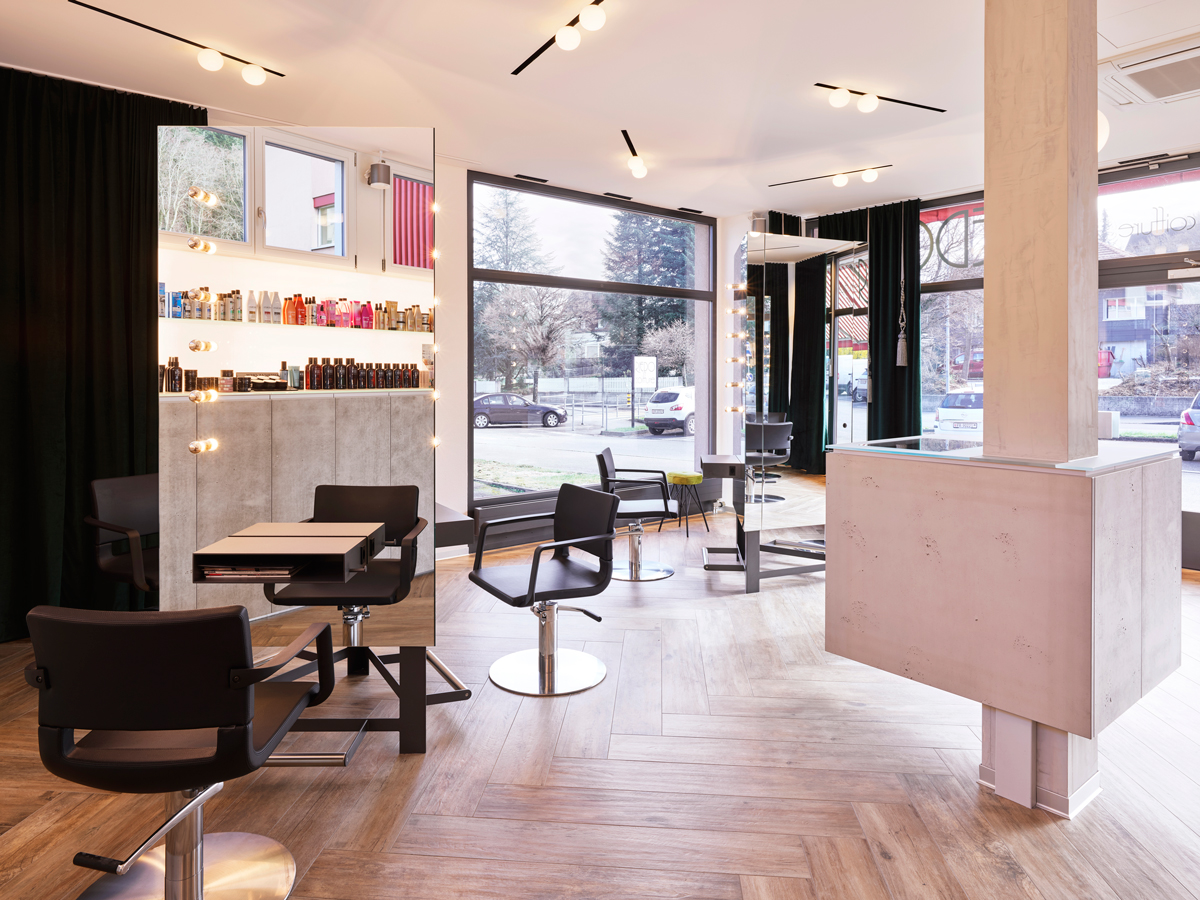 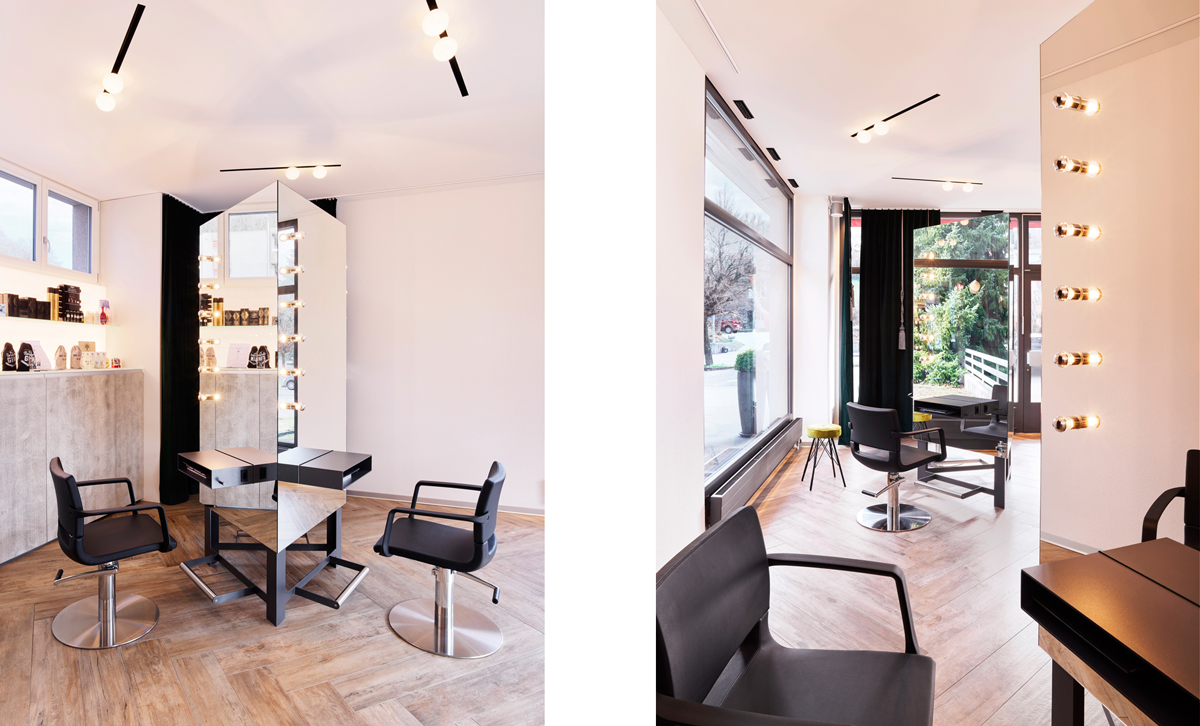 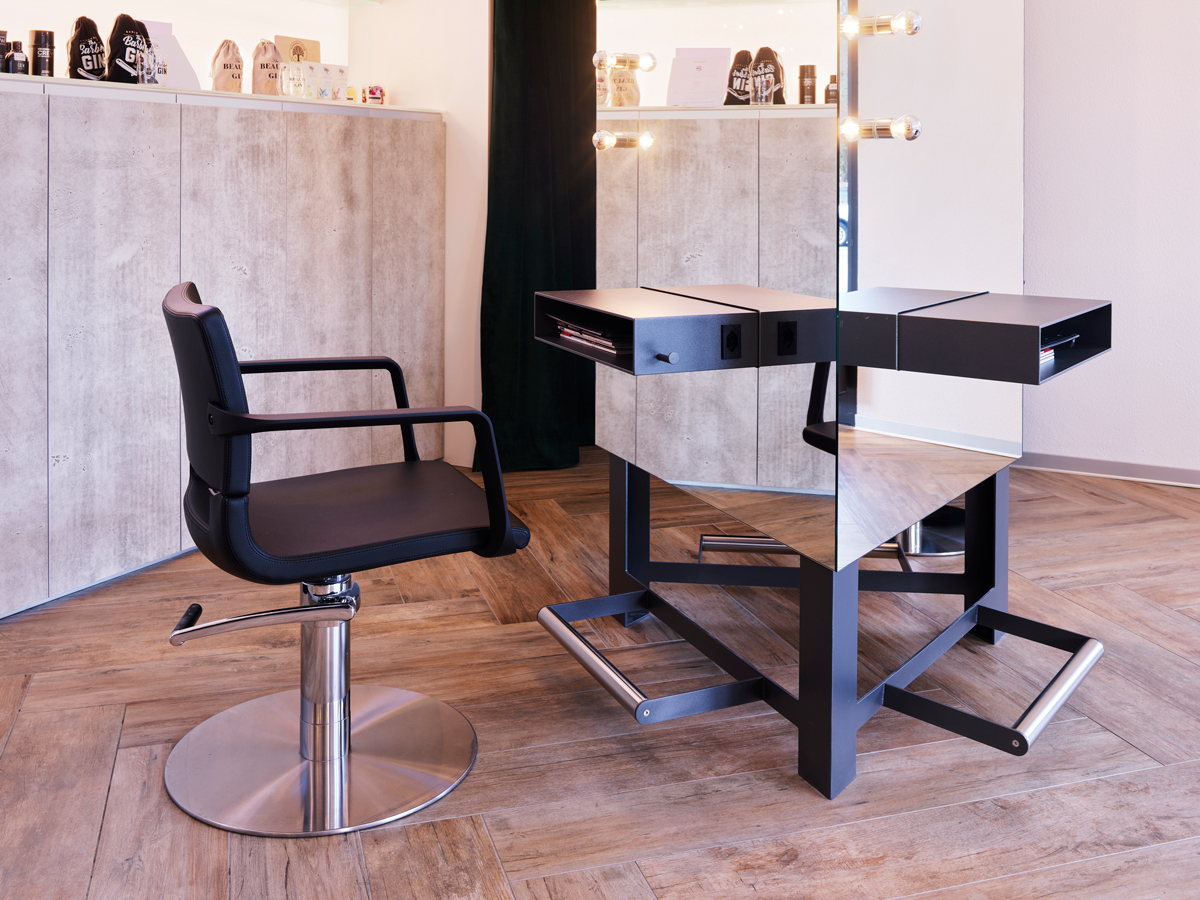 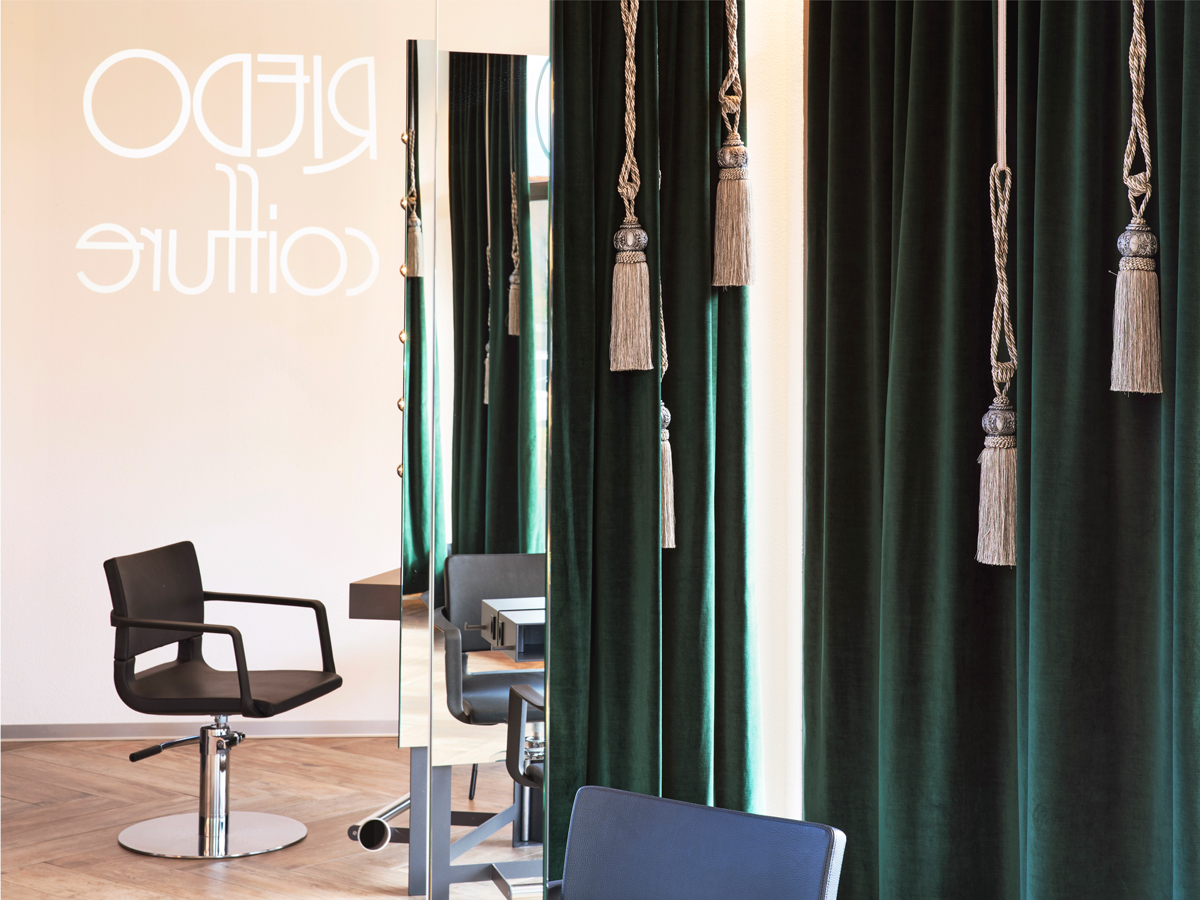 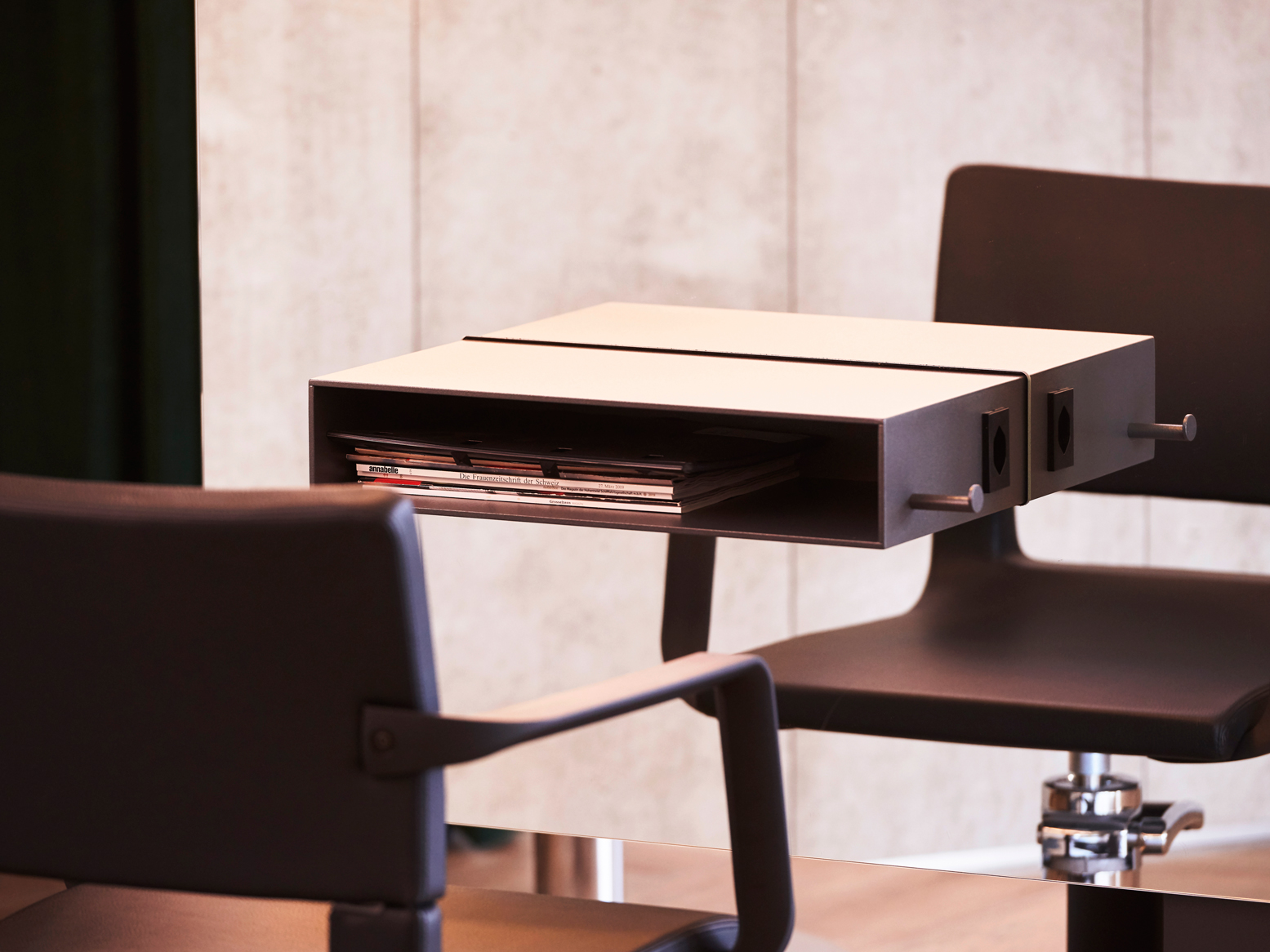 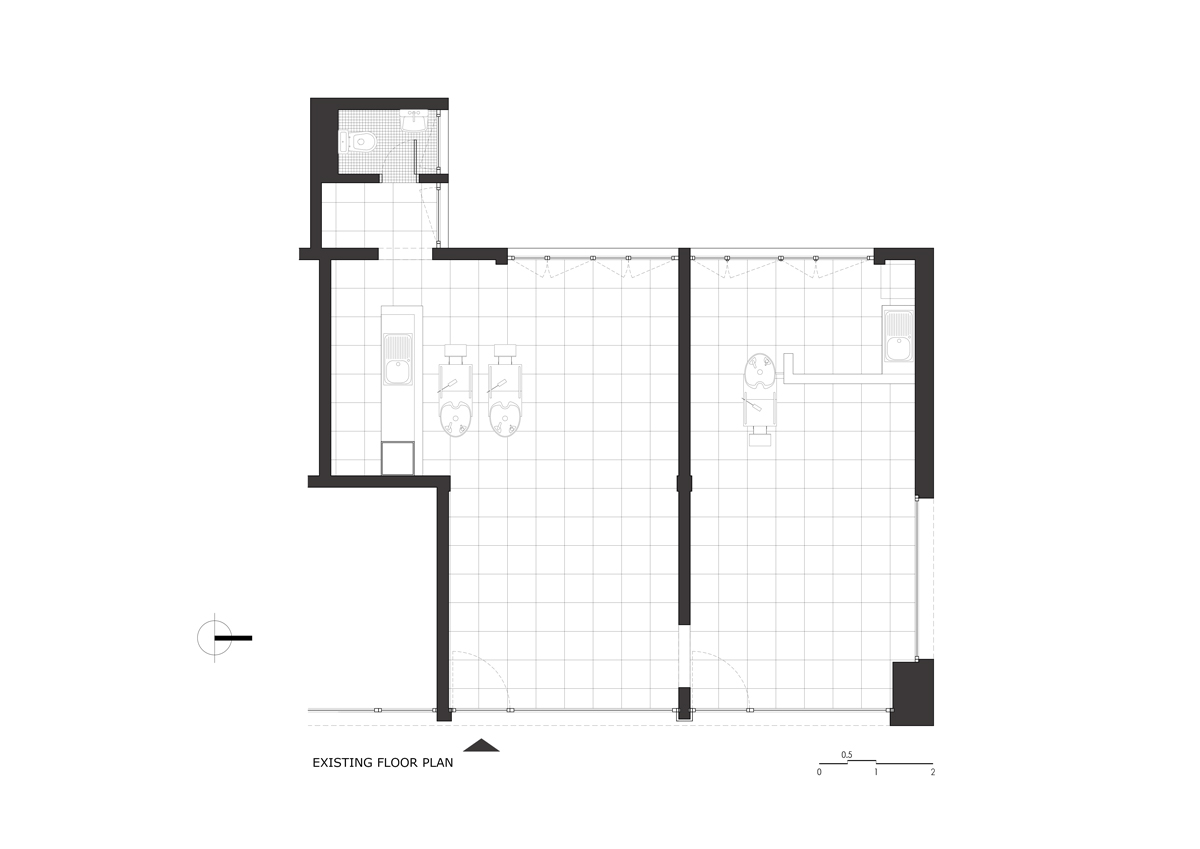 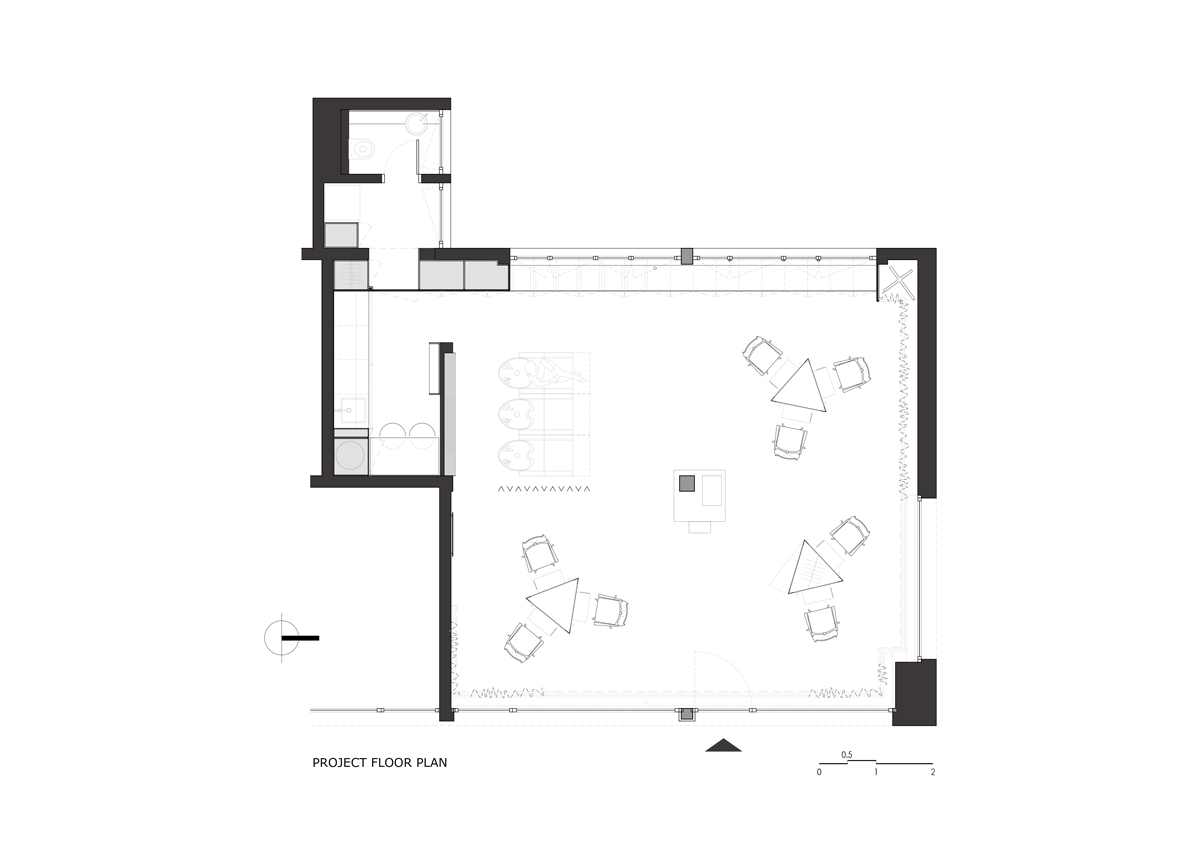