The project involved the refurbishment of an attic, in one of the oldest neighborhoods of Barcelona, la Ribera. Located on the corner of two pedestrian streets, the apartment’s potential was enhanced by its two terraces, the views towards the city, its numerous windows, its wooden beams, its ceramic tiles and its wooden joinery.

The original layout of the apartment consisted of a 42m2 floor plan with a 17m2 terrace on the floor lever and a 40m2 terrace on the upper floor with a 8m2 storage room. This layout generated small spaces downstairs, while the upper level terrace was empty and unformed.

The target was to maintain the two bedrooms downstairs, create a wider open space for the kitchen with a dining room and a living room, and transform the storage room into a third bedroom upstairs.

We decided to create a smaller and lower volume, as part of the bathroom, and organize the space around it, in order to offer an unobstructed view of the existing wooden beams, while also separating the kitchen/dining room from the living room with a direct access to the small terrace.

Part of the dividing interior wall between the two bedrooms was demolished to make room for the wardrobes, while also part of the brick wall inside the big bedroom was exposed and restored to its former beauty, to add character to the room. We restored both the wooden beams and the wooden exterior and interior joinery to reveal their charm.

We uncovered original hydraulic tiles beneath newer wooden flooring and relocated them as they were in good condition to highlight the seating areas. Microcement floor covered the remainder of the pavement.

The whole surface of the terrace was insulated and the exterior façades were restored. We used a frameless glass railing with no discernible visual joints in order to provide unobstructed views to the city’s skyline and to create the perfect windbreak. 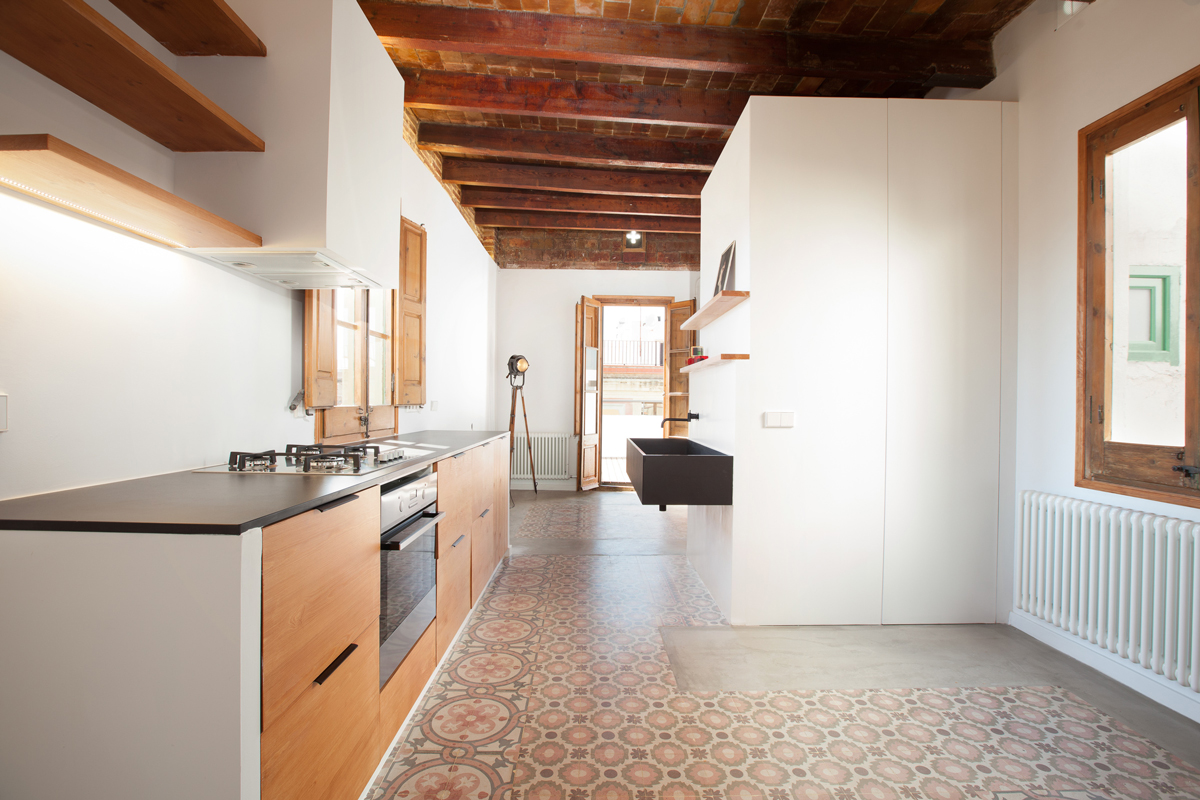 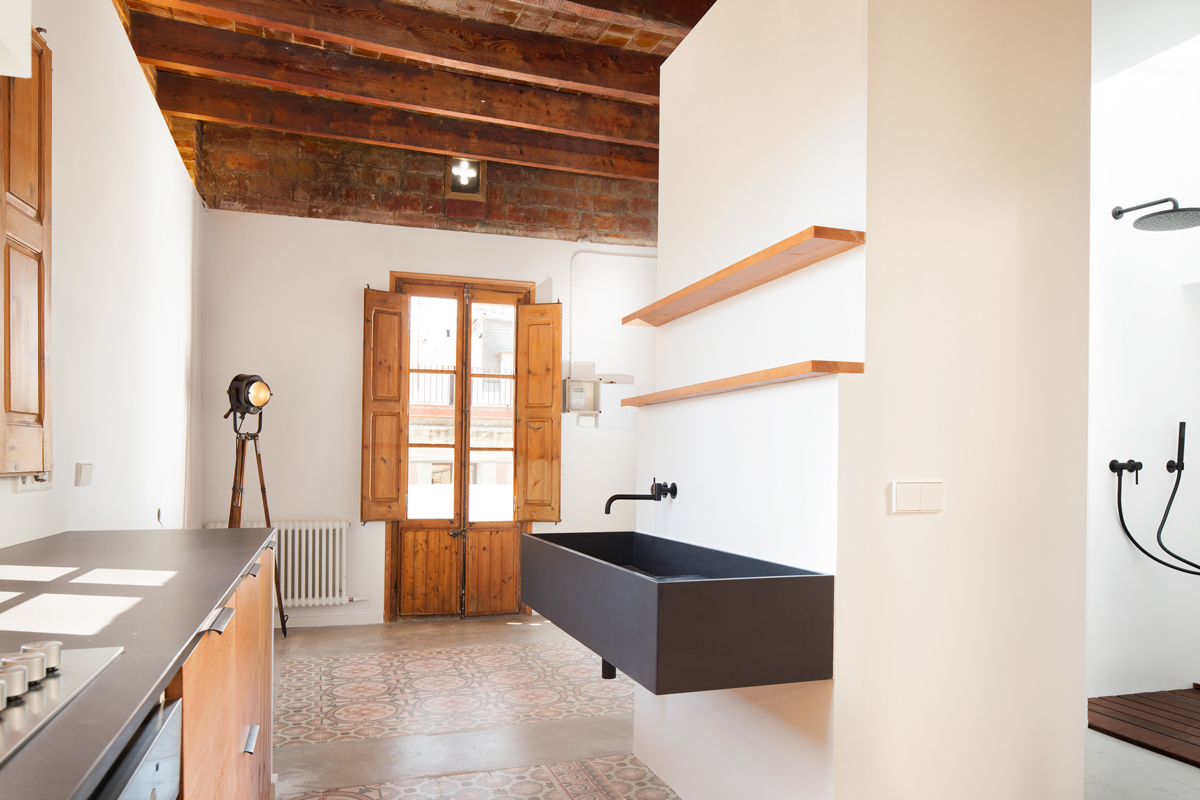 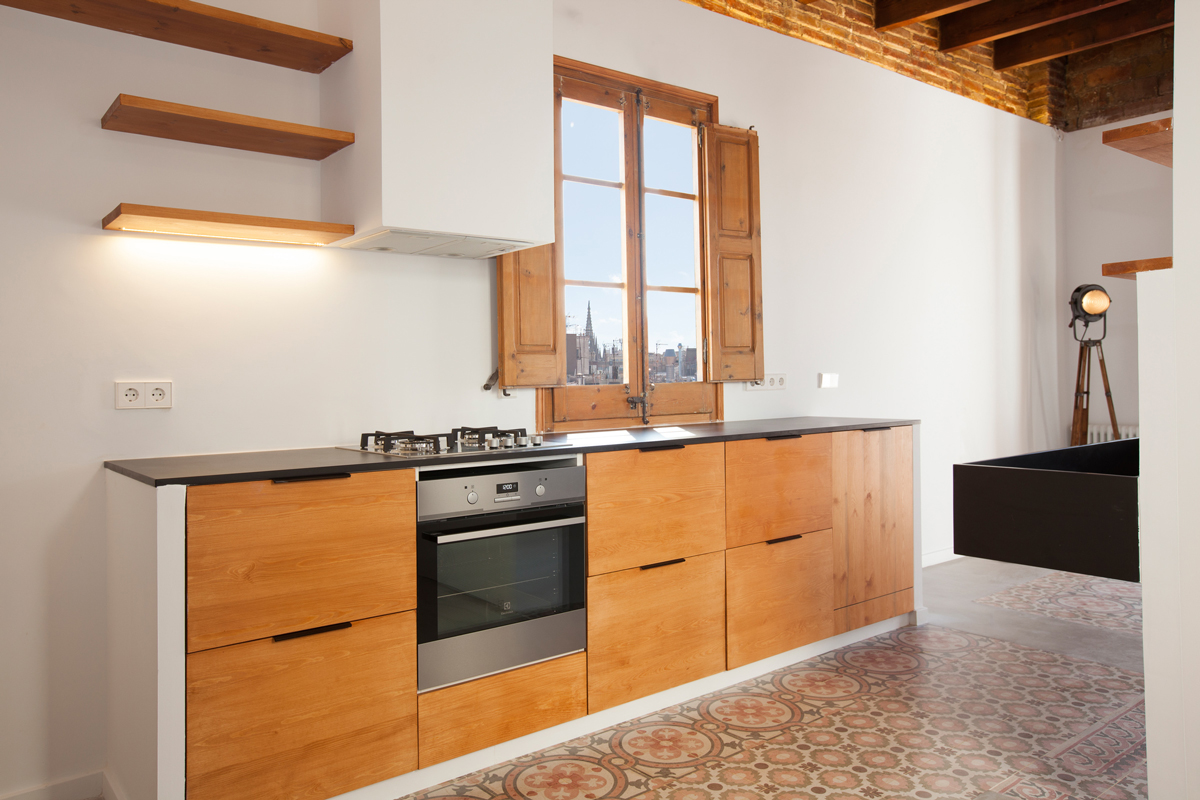 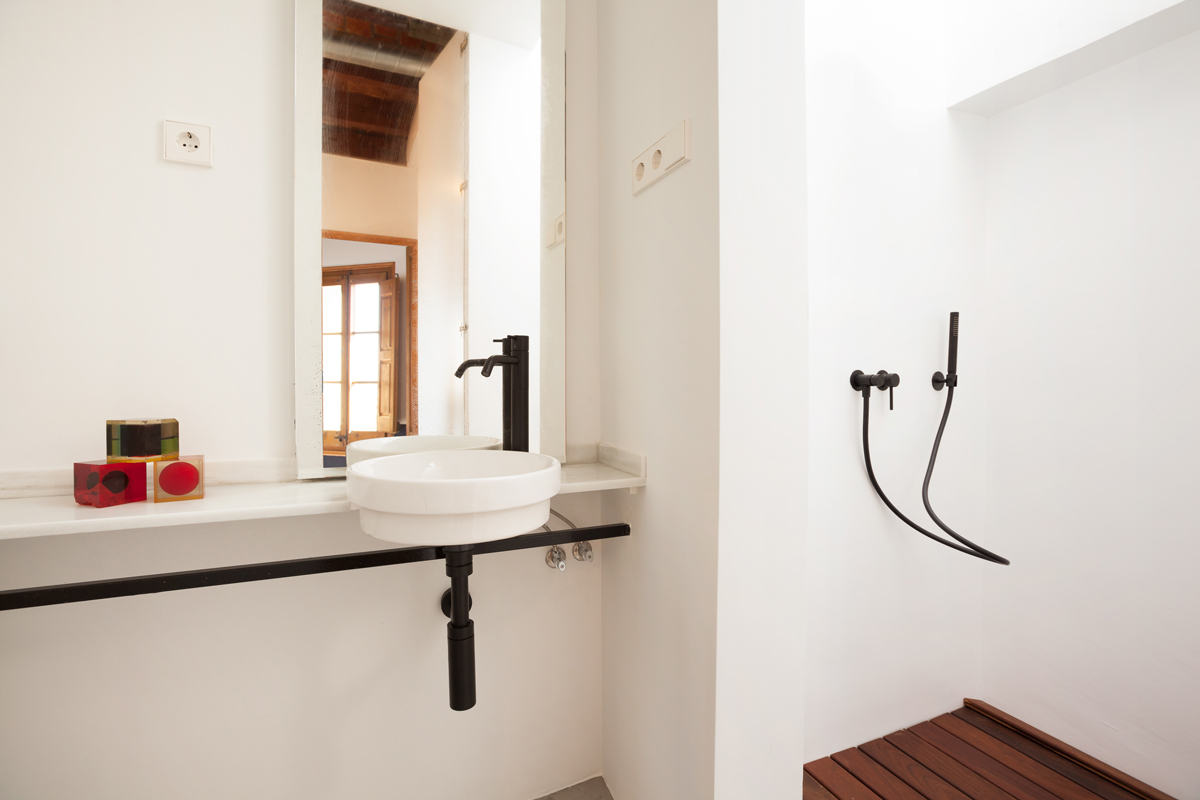 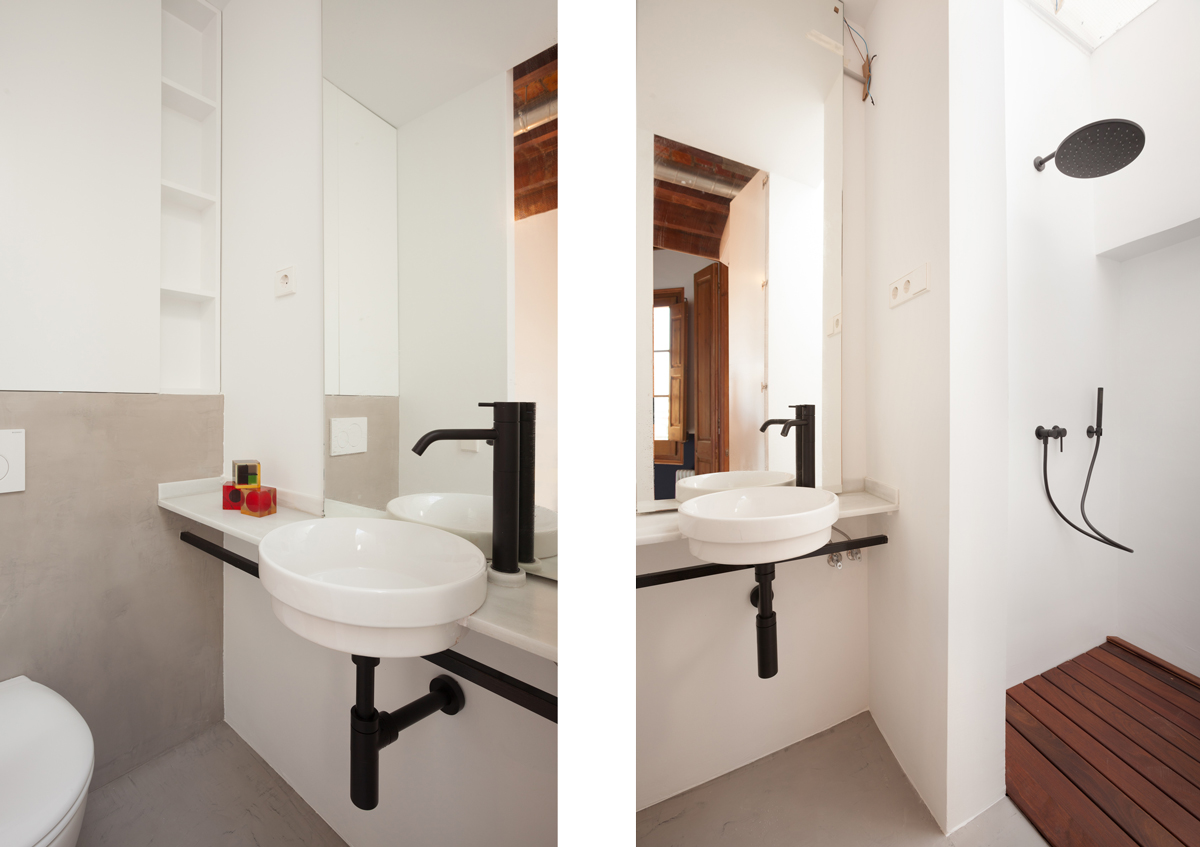 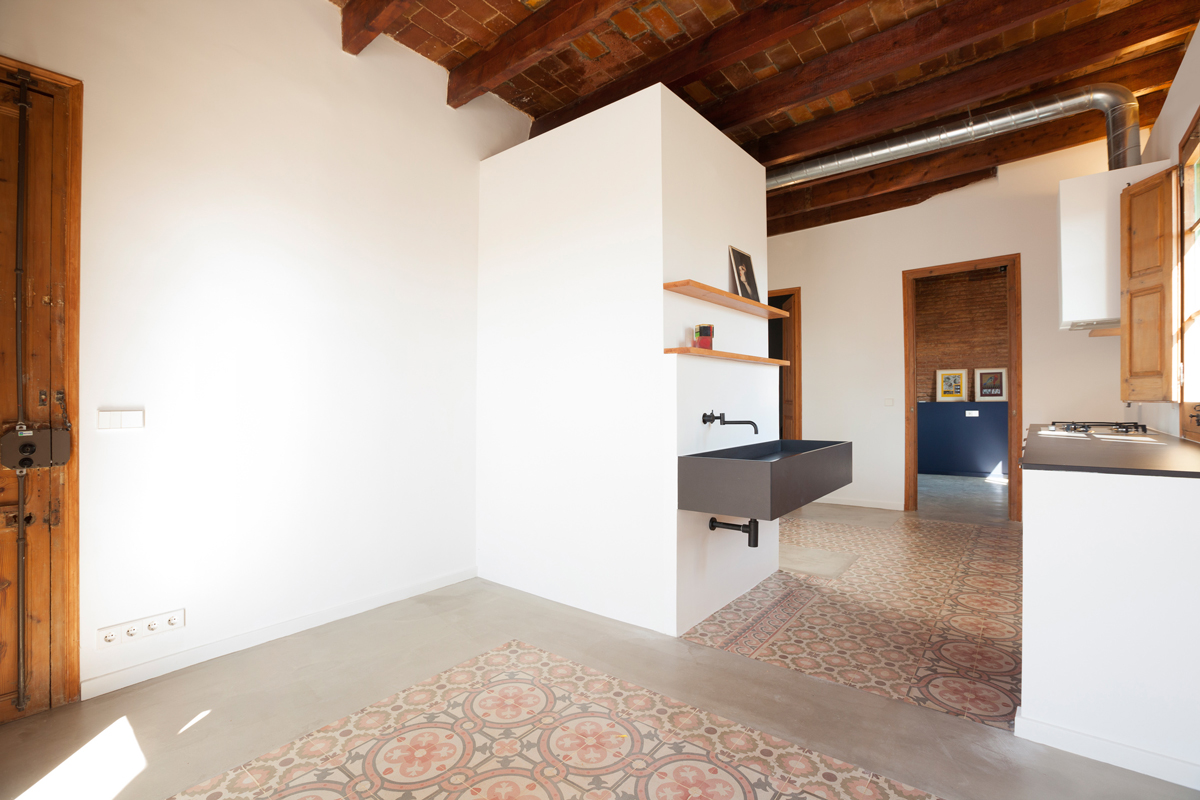 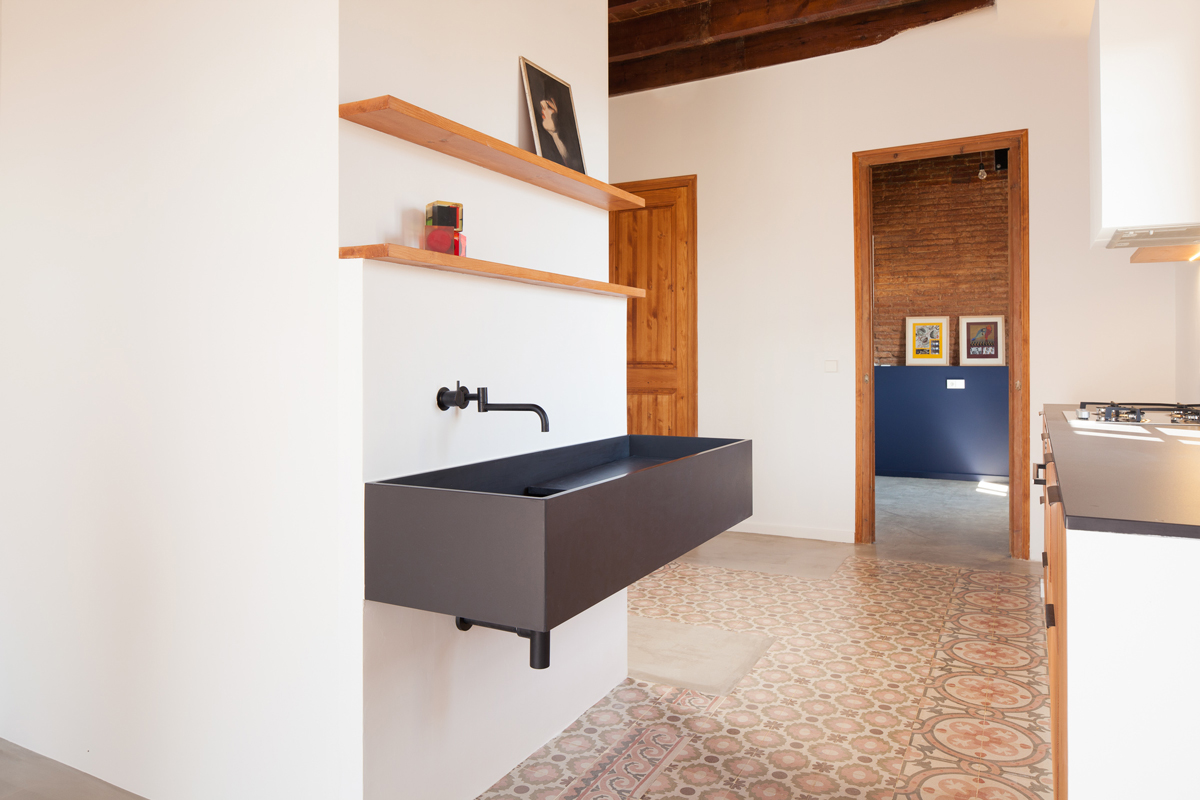 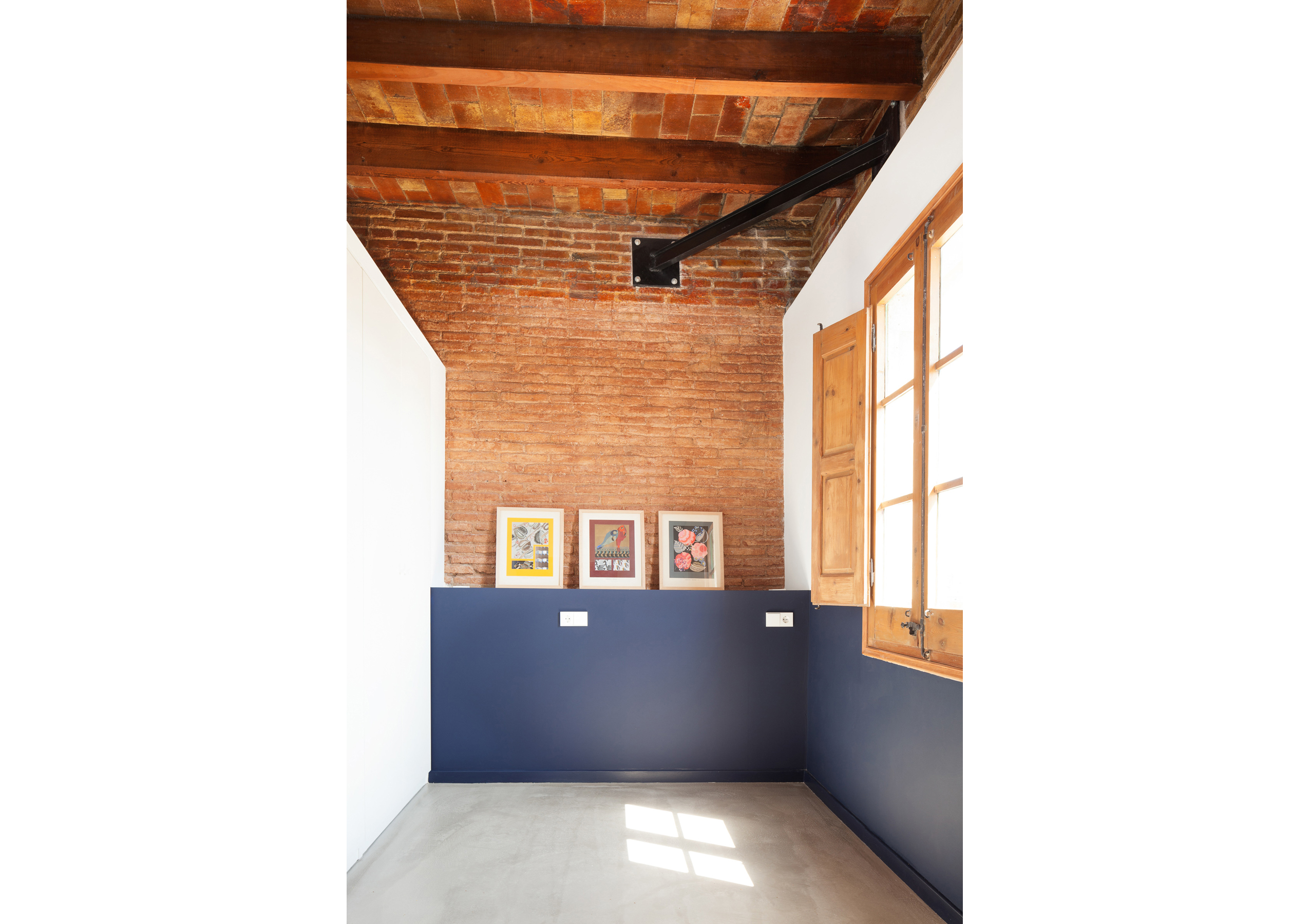 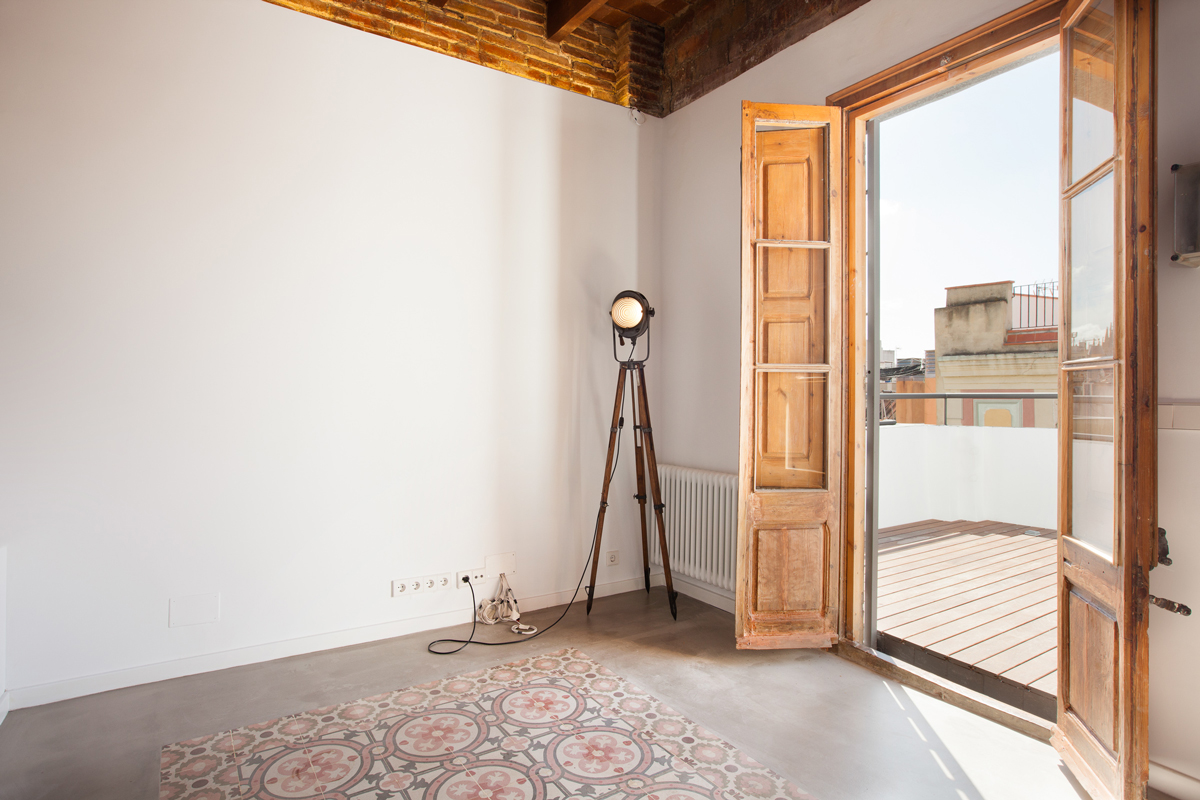 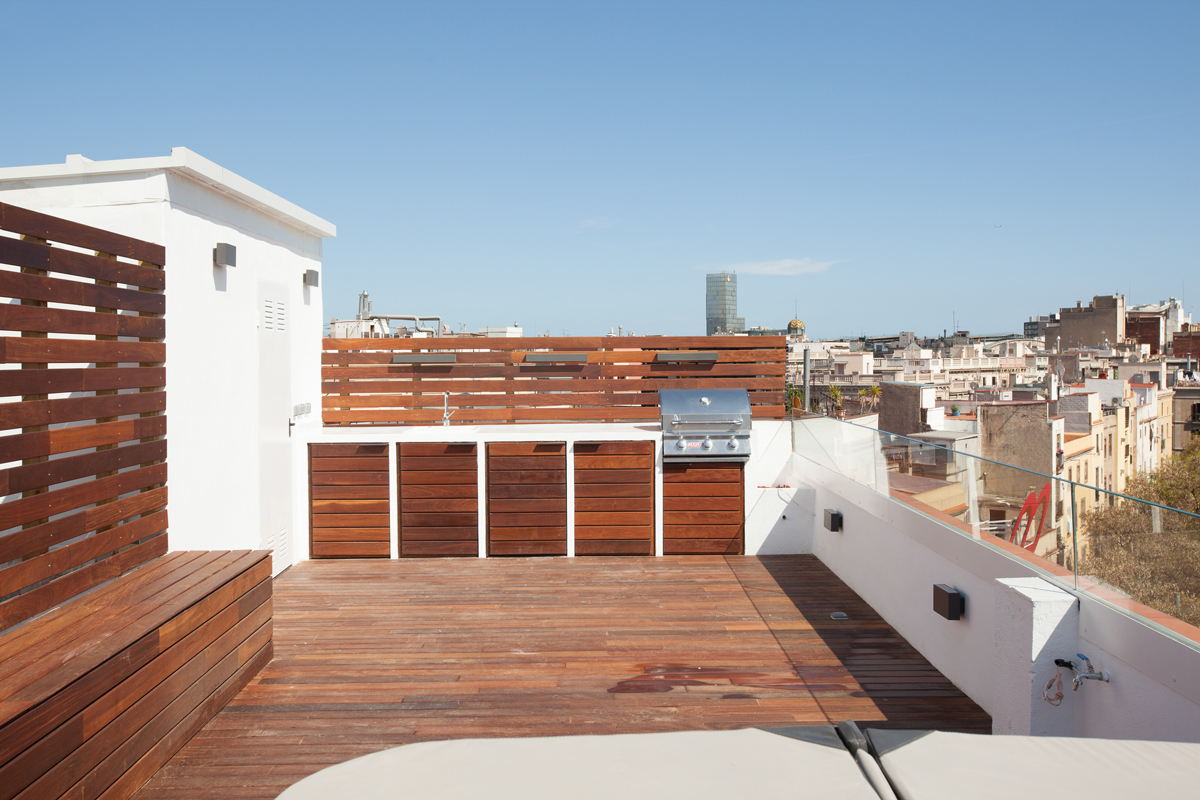 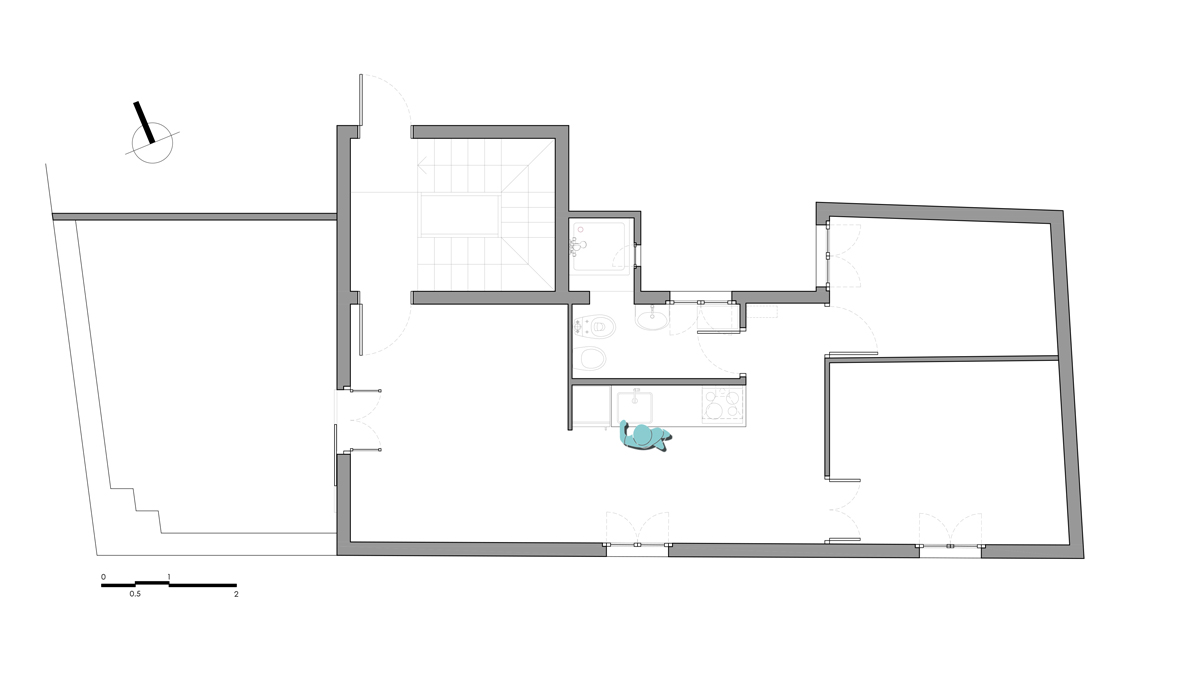 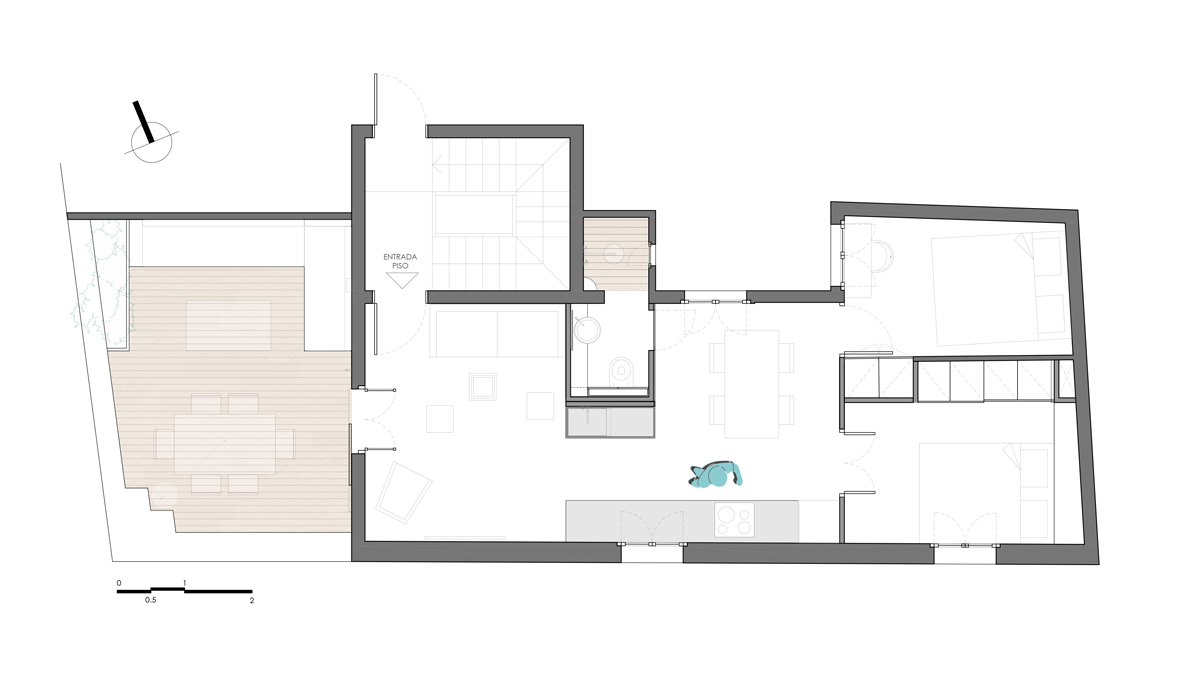 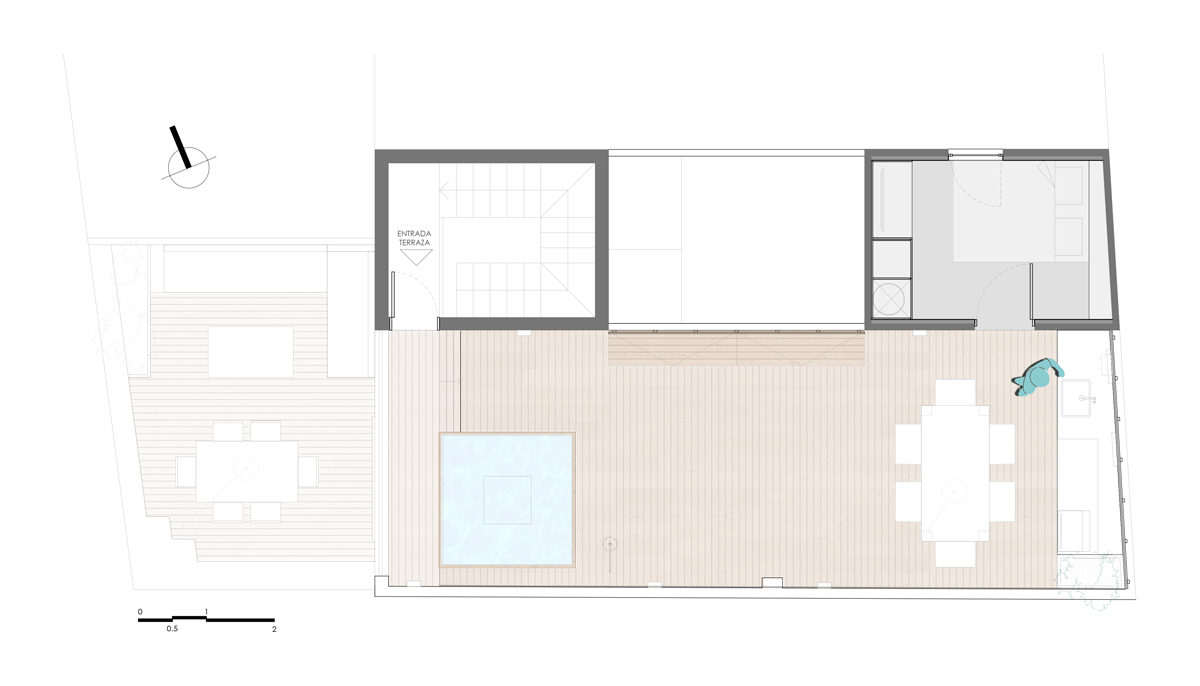 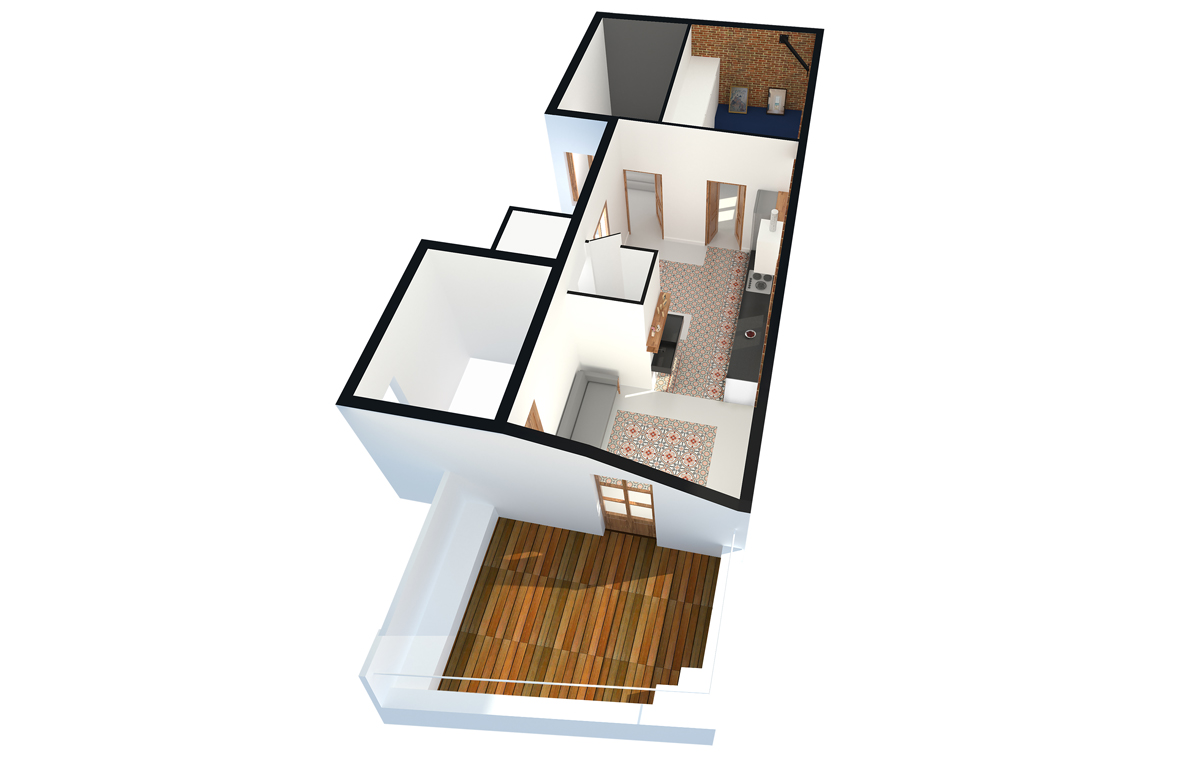 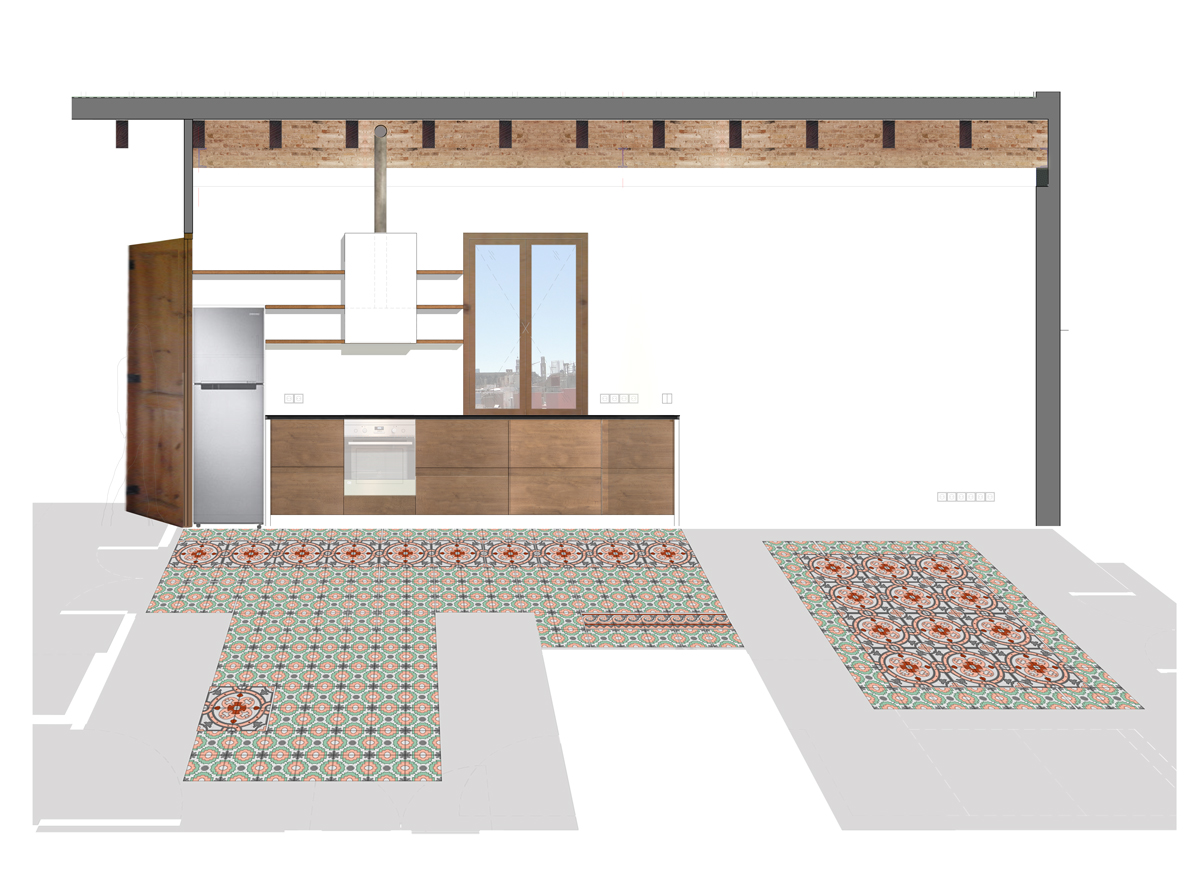 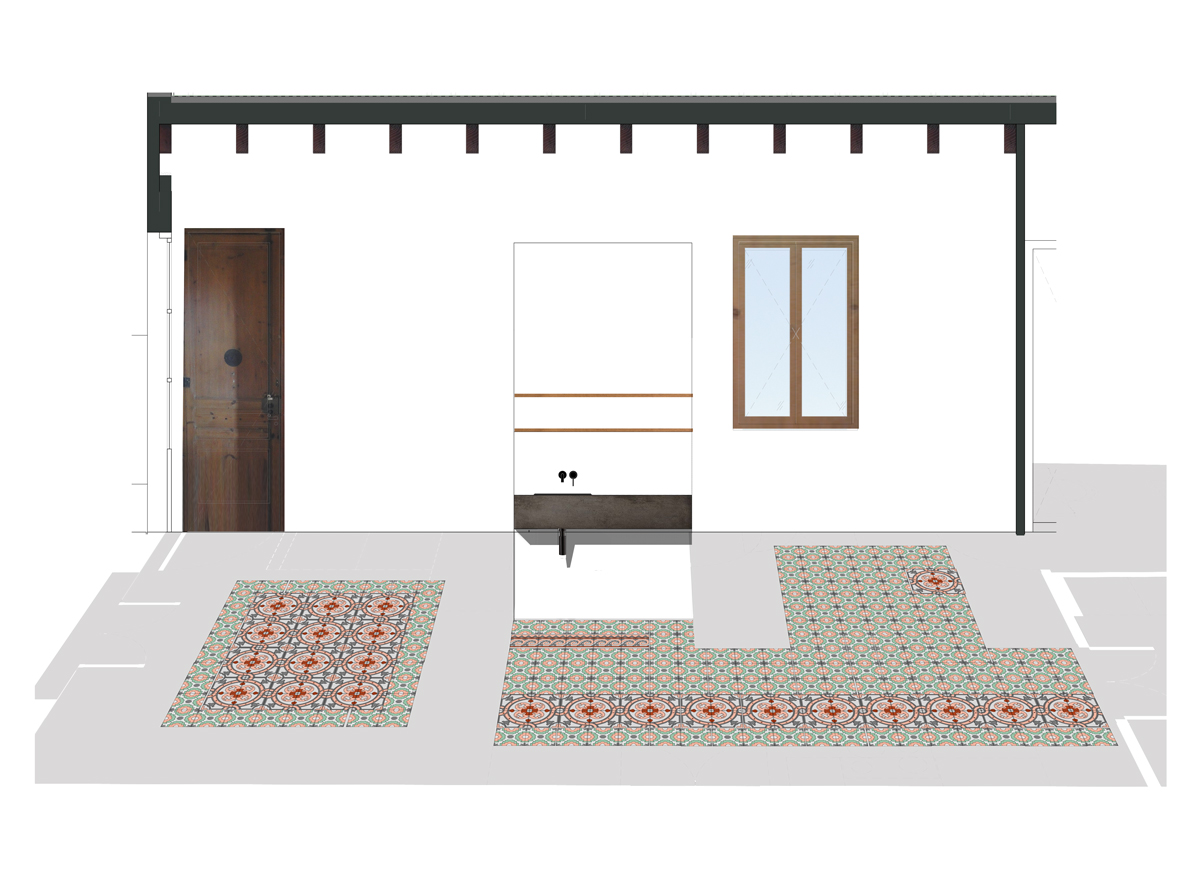 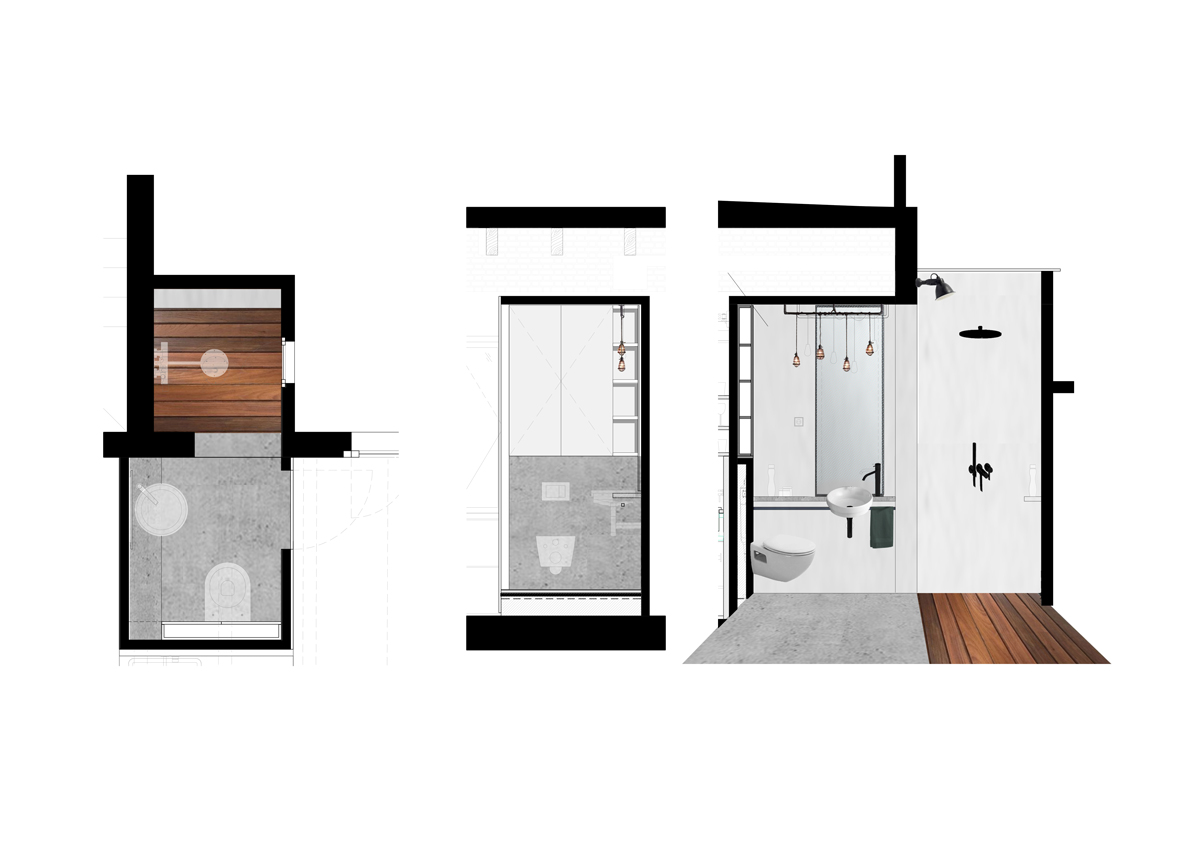